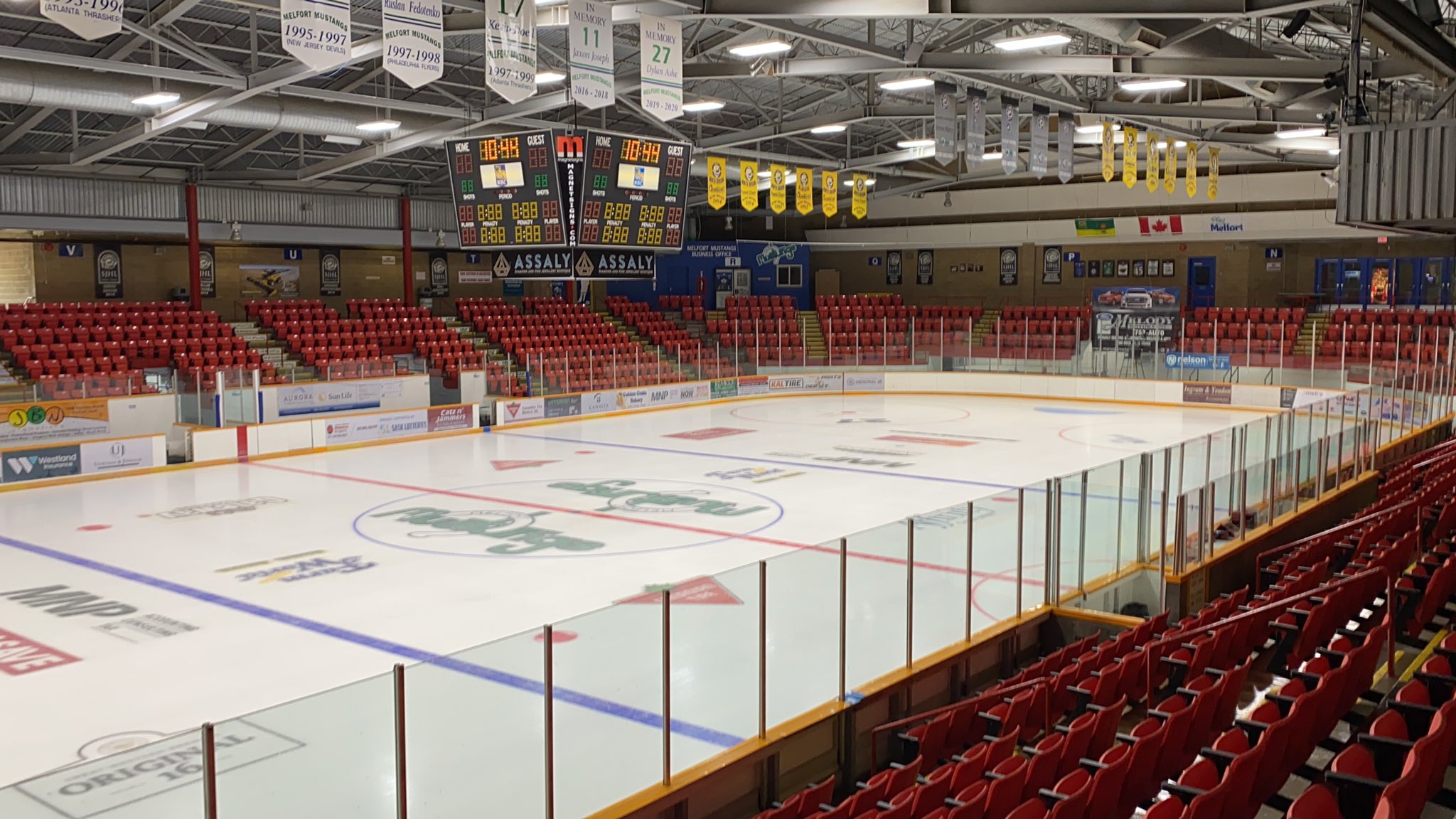 One of the two facets of the jewel of the City of Melfort, the Northern Lights Palace Arena is located at 110 MacLeod Avenue West. This beautiful facility has played host to such major events as the Royal Bank Cup and the Men’s Provincial Curling Championships, as well as many concerts and other events.

The arena has ice from August to April and is home to the Melfort Mustangs of the Saskatchewan Junior Hockey League, Melfort Minor Hockey, Skate Melfort and Clutch Youth Hockey programs . During the winter season, families and individuals can enjoy some leisure skating by taking in the City of Melfort Family Skate.  This normally runs on Monday, Wednesday, Thursday and Friday from 1:15 pm - 2:15 pm, plus weekend public skating when available.  These times are subject to change. The Palace concourse is used by many people during the winter months for walking, allowing them to continue to stay fit, away from the cold and the snow.  This program is free to the public and runs from October to March, Monday to Friday, from 8:00 am to 3:00 pm.

During the summer months it is home to Melfort Lacrosse. Melfort Lacrosse practice and play their games at the Northern Lights Palace.  This organization has teams in every age division and plays in the Prince Albert Minor Box Lacrosse Association league.  Their season begins in May and finishes at the end of June.

In addition to the ice at the Northern Lights Palace, the Palace can be used for major functions such as concerts and trade shows. With concert seating for approximately 2,400 we can host various sizes of shows. We have an insulated ice deck that can be put in place to allow large events to take place during the winter months when the Palace has ice.

With seating for 1,807 for arena events and over 2,400 for concerts, this facility can host many of the first class events in the province! The layout of the arena includes numerous dressing rooms as well as a skaters’ lounge (see links below). The other features of this arena include a box office and full concession services located in the main lobby and two satellite arena concessions.